It's about time I posted a plan showing the extent of the modelled area of the prototype. 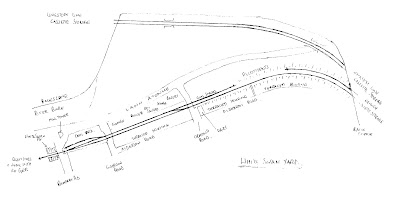 The front edge of the layout will roughly follow the middle of Alderson Road.  The Yarmouth to Lowestoft line to the rear of the layout is at a distinctly higher level to the yard itself at the front of the layout.  The Yarmouth Union line leading from White Swan Yard joined the Yarmouth to Lowestoft line at Caister Road Junction which is just off scene on the layout (to the right on this plan).  The branch line accordingly climbs upward toward the right hand end of the layout.  The area from Ormond Road toward the junction has had to be considerably compressed as has that between Garrison Road and Ormond Road.  Hopefully the atmosphere will still be captured though.

I hope to post some progress showing the baseboards shortly.  The plan of the design of the main baseboards is included below.  The space between the main yard/ Yarmouth Union line boards and the mainline boards to the rear will be infilled using lightweight boards that carry scenery only.  Hopefully this will create a depth to the model that is relatively unusual in 4mm scale. 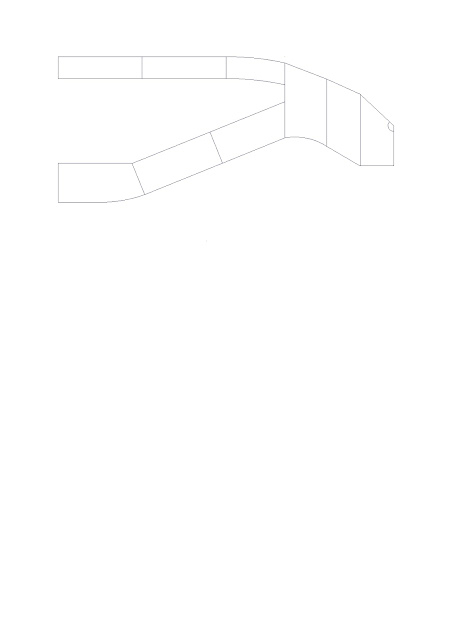 
Happy New Year to all.

On the workbench at present are a number of 6 wheel former GNR 6 wheel carriages which were transferred to the M&GN up to 1920.  Currently under way are two 3rds, a Corridor 3rd, a Luggage Composite and a Lavatory Composite.  The bodies are being scratchbuilt using a combination of paper, styrene sheet and rod and are much inspired by the work of the late David Jenkinson.

The starting point is a scale drawing showing the upper and lower beading and window positions produced on TurboCad.  This is printed out onto 190gsm paper and given a coat of shellac to strengthen the paper as shown below.

A tedious but mildly therapeutic session with the scalpel (if you're in the right frame of mind!) produced a bead layer from the above which was then stuck onto a backing of 20 thou styrene sheets using solvent to produce the following:

Once thoroughly dried the windows were cut out.  The three level panelling of GNR carriages of this period (and of course following into the Gresley GNR and LNER period) is represented using 0.4mm plastic rod glued around the edges of the lower paper beading and then infilled using further paper strips glued in place. 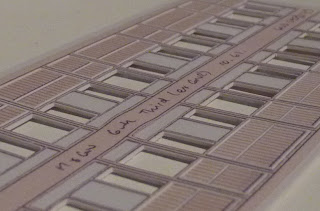 The lower photo reveals that the paper beading has lifted slightly but I am confident this will be resolved by the application of further solvent and flexing the styrene sheet backward so the paper is back in contact with it until the solvent sets (in practice this is usually only a matter of 30 seconds or so).

Scratchbuilding in this way has allowed me to start models of vehicles for which there are no kits and also to include the minor variations of which the GNR seemed so fond (2 different lengths of 3rd have been attempted in this batch).  It has also been a surprisingly quick process so far taking far less time than I anticipated.

Thoughts are turning toward underframes.  I've had some joy with the Brassmasters Cleminson units but dislike the appearance of the moving outer W Iron units.  I would also like to spring the units if possible.  Maybe it's time to get my thinking cap on and then get TurboCad fired up again and prepare some artwork for a set of etched 6 wheel sprung underframe parts?

How the idea was spawned

White Swan Yard has had a lengthy gestation period.  Thoughts of building a model of the yard first surfaced many years ago as a ‘shunting plank’ to test out our skills at building in P4.  It was quickly realised that in order to do the prototype justice would require rather more space than that envisaged for a simple shunting puzzle type layout.  As it was, the test track already built was extended and scenified and so our first P4 layout, Saltfleet Town, was born. This was a branch line terminus set in Lincolnshire and envisaged as a joint line built by the GNR and GCR.  After a number of exhibitions it was decided to retire Saltfleet and using the experiences learned start on a new layout.  Thoughts again turned to White Swan Yard.

So, at the risk of stating the obvious, what did displaying Saltfleet teach us about the design of an exhibition layout?

The next stage was to turn all this into a workable design for the new layout.
Posted by Swanny at 05:20 No comments:

Email ThisBlogThis!Share to TwitterShare to FacebookShare to Pinterest
Labels: Design

This blog aims to follow the progress made on a 4mm scale P4 (18.83mm track gauge) model representing the Midland and Great Northern Joint Railway's White Swan Yard in Great Yarmouth in the early 1930s.  The line to Lowestoft will also be included in part to the rear of the layout.

Hopefully having to post here will keep us focused on the task in hand and act as an incentive to keep getting on with it all!  With a bit of luck it will help to record what is involved in building a P4 layout albeit one with only 4 points.  We also hope that it may act as inspiration to other modellers considering a P4 project to give it a go.

If anyone has any further information regarding the area or just wants to add their own thoughts please add your comments.
Posted by Swanny at 12:11 No comments:

Other Blogs of Interest